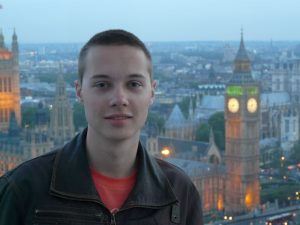 Why Nicky’s Care for Africa Foundation?

NiCA is an extension of HWMCO-Nederland; it is named after and in honor of our in 2011 deceased son, Nicky, who loved Africa very much and would have wanted to help there. He had great pity with the poor population of Africa, but also, he was very much intrigued by the wildlife on the continent. Gorillas always had his special attention and he wanted to travel to Uganda one day to see the mountain gorillas in their natural habitat. He even did a lecture about them in school.

During our search for a location to start a project in our son’s honor, our attention was obviously drawn to the southwestern part of Uganda and Lake Bunyonyi, pretty nearby Bwindi Impenetrable Forest, where far most of the mountain gorillas still alive today have their habitat. We came to realize that we had probably not coincidentally ended up in this specific area and how thrilled Nicky would have been about starting a project there. NiCA initially started as a project under HWMCO-Nederland in 2017, for it to be registered as a Community Based Organization (CBO) with the name NiCA Foundation  in Uganda in 2018.

What we do under NiCA Foundation 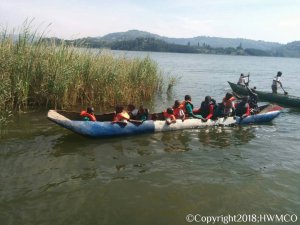 NiCA was, just like HWMCO-Nederland, established for the purpose of providing disadvantaged children a worthy future. Through NiCA, we will always try to provide our help in such a way that children from communities at large can benefit from it. Yet, due to the urgent problems the school is struggling with, our first focus has mainly been on Bwama Primary School, which is a government school located on Bwama Island in Lake Bunyonyi.

Bwama Island is the biggest of 23 islands in the lake. It is the only Island that has a school on it. Every day, the school’s pupils come paddling to school in dugout canoes. Many come from other islands, but the majority of the pupils (and also most of the school’s teachers) come from the mainland. For all these children, Bwama Primary School is far the best option. Any other school located on the mainland means, on top of paddling for those who live on one of the islands, having to walk two hours or longer every day, often even uphill; that is a huge challenge, especially for the youngest. A canoe ride, despite the risks that came with it, certainly beats a two hours’ hike uphill.

There is significant history connected to both Bwama Island and Bwama Primary School. In the first decennia of the 20th century, there was a leprosy outbreak in the area. It was in 1931, that Dr. Leonard Sharp, a British doctor and missionary, made Bwama Island, which had until then been uninhabited, a quarantine for those in the region who were affected by the disease. The idea was to keep the patients isolated while a cure was sought. A church, patient quarters and a medical facility were built. At its height, Bwama Island had 600 leper patients on it.

Dr. Sharp enabled those who were cured and free from the disease to leave the island. But the people who had been on the island had children, and for these children Bwama Primary School was built in 1934. The school remained, also after the disease was tamed, and was taken over by the government in 1969.

Today, the former patient quarters and medical facility are used by a boarding secondary school which attracts students from the entire region. Also Bwama Primary School, where we will focus on with NiCA , is still there, playing a very important role in the area.

The photo slider below provides an impression of the amazingly beautiful Lake Bunyonyi, Bwama Island and Bwama Primary School. All photos were taken during my first visit to the area and the school in September 2017.

Challenges for the school and its pupils

The safe transport of its pupils over the lake is an enormous problem for Bwama Primary School. Only very few students have the private means to get themselves to the school each morning. The school has started offering a canoe service for its students, but is facing a lot of problems while trying to do so. Financial resources are far from enough to organize the transport sufficiently. Transport capacity is lacking, but also, additional measures are needed to guarantee the safety of the students. Please read more about it here.

HWMCO-Nederland is, through NiCA Foundation, and in good cooperation with the school, committed to find and finance solutions for this transport problem in the first place; later, other problems will get attention, whereby we will, as mentioned above, always try to provide our help in such a way that children from communities at large can benefit from it.