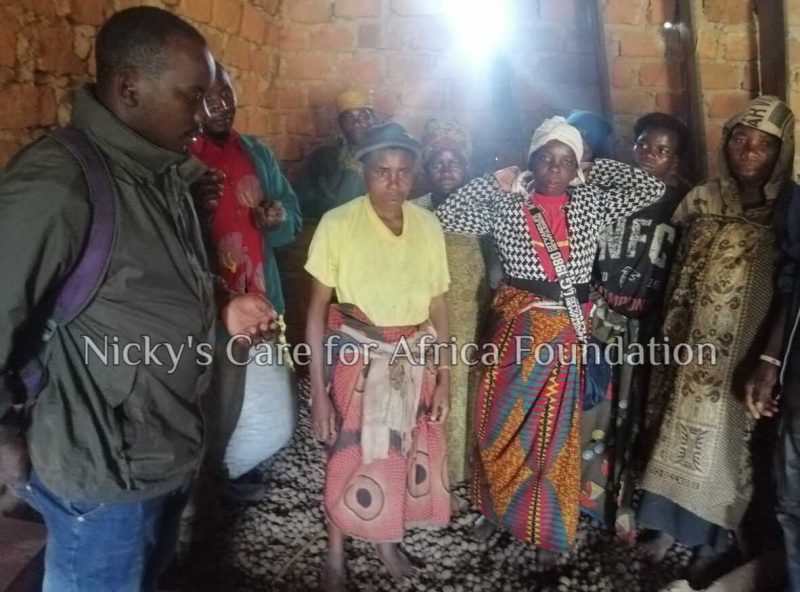 Earlier this month, we have once more provided the two Batwa groups that live in our working area with potato seedlings for them to grow and harvest. This was a bit later than we had intended, due to heavy rainfall during several weeks, which caused that seeds could not successfully be planted.

An overview of previous events and developments:
The Batwa, by many also called Pygmies because of their short bodylength, belong to the oldest surviving tribes of Africa. Being a tribe of hunter-gatherers, they used to live in caves and trees for more than 4,000 year, sharing the forest with the Mountain Gorillas; until in 1991, due to the conservation projects that had become necessary to prevent the animals from extinction, the Batwa were evicted from the forests and denied access to what had always been their homeland. Left landless and impoverished, they became squatters living on the edges of society. Still to this day, the Batwa have received little or no compensation for their losses. Only some of them were able to develop new means of survival as potters, dancers, and entertainers, while they entirely depend on tourism for that.

When Covid came and tourism completely collapsed, after having received signs that the two Batwa groups that live in our working area were starving, we quickly decided to help them with emergency food. During nearly two years we monthly provided them with an amount of emergency food, therewith saving many lives. 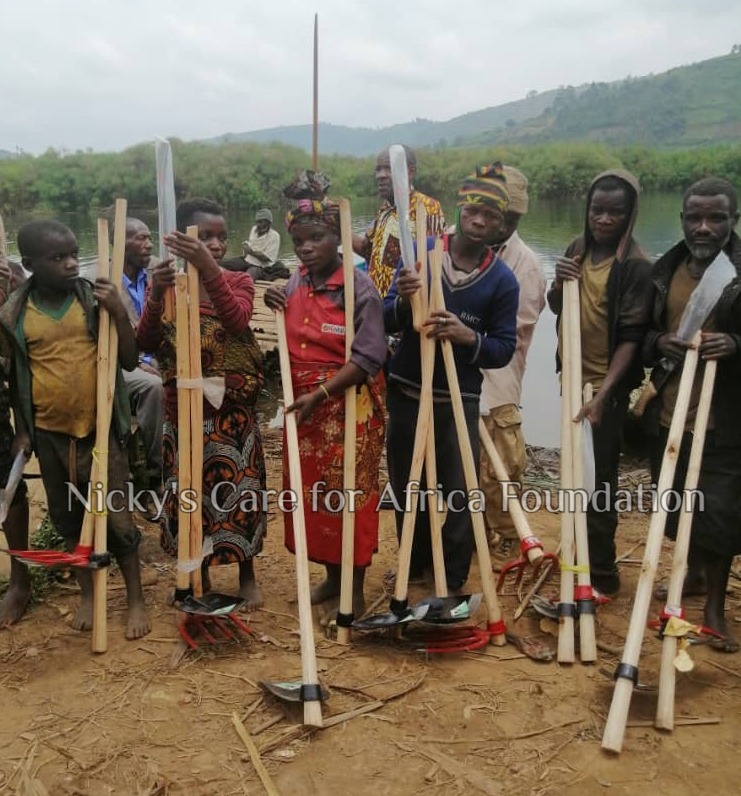 Early this year, we had an in-depth conversation with them. From that we learned that, after the extremely difficult period they had behind them, their biggest wish was to grow self-sustainable; they no longer wanted to depend completely on tourism for their survival. They were actually yearning for garden/agricultural tools, because those tools would offer them opportunities not only to grow small-scale crops for their own consumption, but also to work on the land of others for them to earn some money to meet their daily needs.

In the weeks that followed we brought them both garden tools and potato seedlings to plant. The results were very positive! With nearby them living local potato farmer Bernard Nzongoza and his wife Deborah, from whom we bought the potato seedlings, willing to guide the Batwa groups in the process of cultivating crops, there was a good harvest in July. Also, the groups were indeed succeeding in working on the land of others and earn some money.

So, recently our Manager Noah took a delegation of the two groups, mainly consisting of women, again to farmer Bernard Nzongoza to buy them new potato seeds, as that was what they preferred. With several sizes of potato seedlings available in his storage, mr. Nzongoza has advised the Batwa groups to plant a medium size; a size that can successfully be planted both on small and large land sizes and from which huge amounts of potatoes can be harvested.

As mentioned, the delegation of the groups mainly consisted of women, which was because, as the women explained, the men were busy working on other peoples’ land. The women were visibly happy about the first steps the groups had made towards their self-sustainability and optimistic about their future.

Please also watch in ‘Videos NiCA Foundation’ the to this article related videos.

We will of course continue following the Batwa groups on their way to self-sustainability! 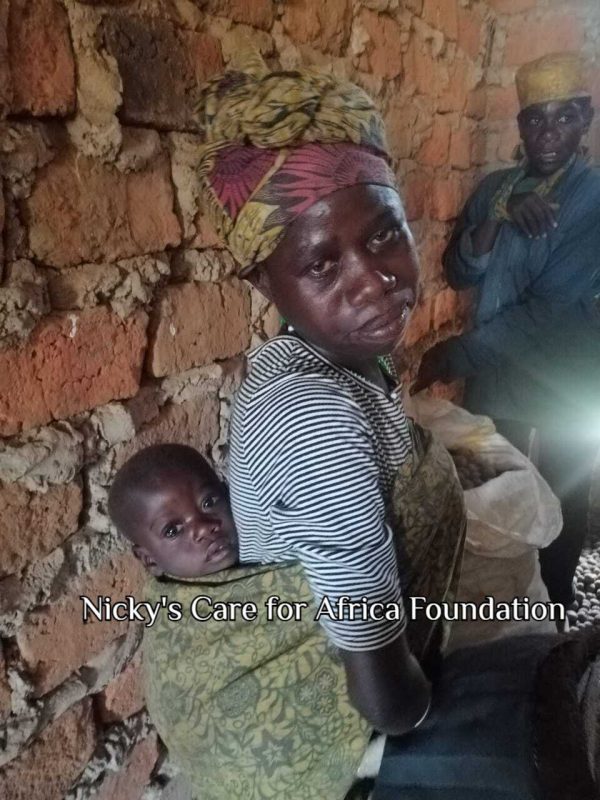 NB: are you interested in receiving the latest news from our website? Please let us know by leaving your name and e-mail in a comment below. You will always receive the links to last posted articles in an e-mail, whereby your data will of course remain private.