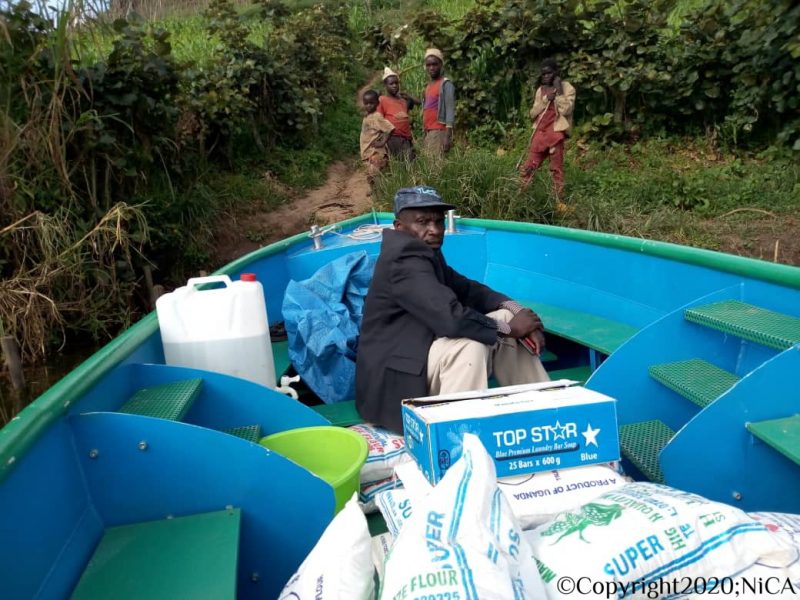 Many are aware that we have from the start of the COVID-19 pandemic been concerned about the fate of the two Batwa groups at Lake Bunyonyi. At a very early stage of the crisis, we were drawn to the fact that they were in very bad shape as a result of the collapse of tourism in Uganda. After all, they were completely dependent on that very tourism for their survival. Knowing their history and knowing how they had been living on the fringes of Ugandan society since many years, our decision to bring them emergency food was quickly made. At that time we all thought that we would soon be freed from the virus and that our emergency aid would be necessary for them only very temporarily. 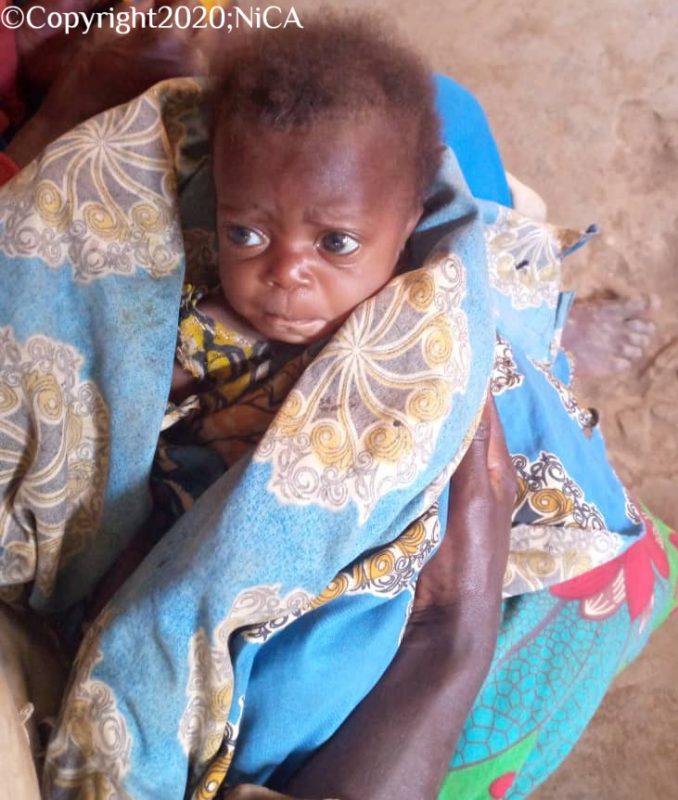 How different this turned out… due to the emergence of new variants of the virus, strict measures, even lockdowns, remained in force worldwide for a long time; as a result, there was of course little or no tourism in Uganda and we saw the condition of the Batwa groups only deteriorate further. Our monthly food aid, on which they depended almost entirely, could not prevent that several Mutwa (the name for and individual member of the tribe), mostly women and children, have not survived the pandemic. That in itself is very sad, but it also concerns groups that belong to one of the oldest living tribes in Africa, a tribe that is seriously in danger of extinction.

Although we had long assumed that the groups would eventually be able to move on without our support as before the pandemic, they started to express more and more despair over the course of 2021 and indicate to us that they feared they would not be able to recover from the huge blow on their own. Even before the outbreak of the pandemic, it had been far from easy for them to keep going. 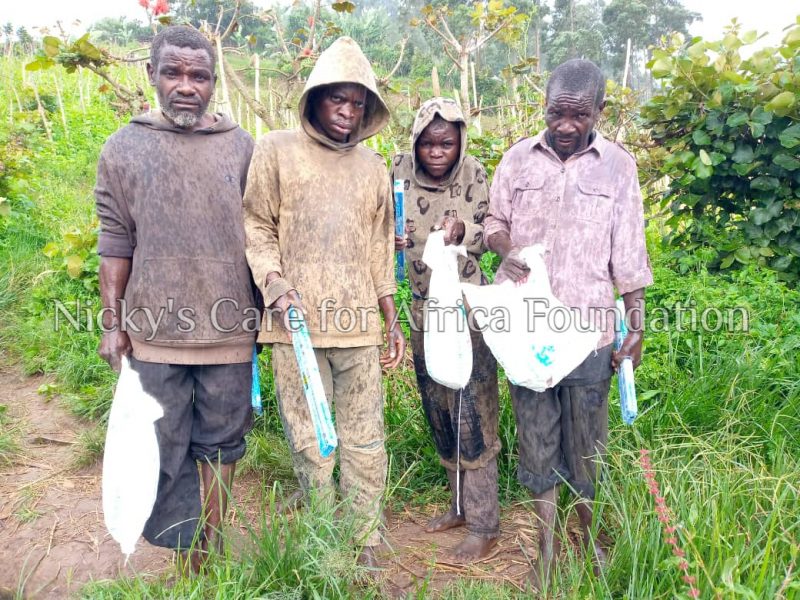 This distress signal from them has prompted us to seriously think about ways to guide them on the way to self-sustainability. In doing so, we realized very well that this was not going to be an easy task, given the sad history of the groups. After all, since the Batwa were evicted from the forests in the 1990s, they have been forced to live on the fringes of Ugandan society. They have never received any form of compensation for their losses and have been left to their own devices. For the two specific groups that we offer help, they have been chased several times before they finally ended up at the locations at Lake Bunyonyi where they have been staying for quite some time now. All negative experiences have of course had a huge impact on the confidence that these people still dare to have in other people. 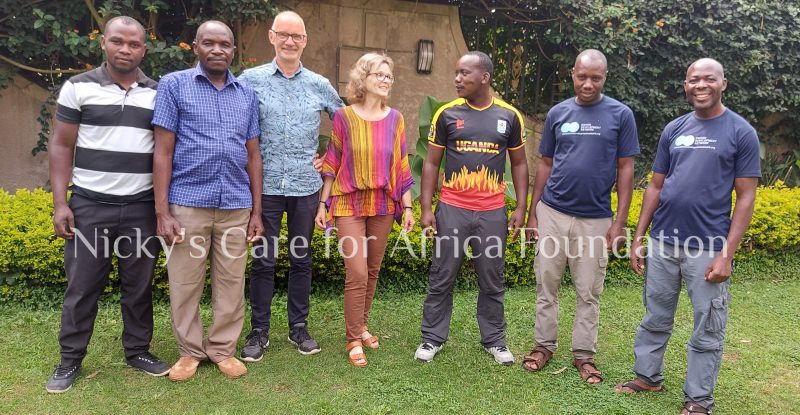 During the weeks we spent together as a team early this year, we discussed the issue with Alex Ngabirano, whom we first met in 2019. He is the founder of Bwindi Development Network (BDN), which aims at zero poaching in and around Bwindi Impenetrable Forest and to guide former poachers to develop other ways of living. Alex therefore has a lot of experience in guiding Batwa groups, among others, to a self-sustainable existence. We had an interesting conversation with him about sustainable development, during which he also made some useful recommendations regarding our intention to guide the two Batwa groups in the process towards self-reliance.

Our Ugandan team managers, Noah and Aaron, recently had an in-depth conversation with each of the two Batwa groups, during which they learned that having their own garden/agricultural tools was their greatest wish as a first step towards self-sustainability; to have those tools would offer them opportunities not only to grow small-scale crops for their own consumption, but also to work on the land of others for them to earn some money to meet their daily needs. After team consultation, we have decided to honor this very reasonable and realistic wish of both groups.

Thanks to, among other things, a substantial contribution from Christine Wijgerse, we were even able to purchase the tools almost immediately! Christine informed us that she had an unexpected financial windfall by winning a cash prize that enabled her to do something for a forgotten group of people. On behalf of our entire team, we thank Christine for her generosity!

Last week, Noah and Aaron, also accompanied by team member Bright went to the Batwa groups again; this time with besides emergency food a load of tools, including hand hoes and forked hoes, panga’s and spades. Emergency food is obviously still needed in this stage and we thank Foundation Den Brinker from the Netherlands for making that financially possible for several months. The photo  and videos below speak volumes!

As a next step we want to provide the groups with seeds, which, in combination with the tools, will make it possible for them to start growing their own crops on a small scale. We expect to need about €100,- for this. If you would like to contribute to this, read here how you can donate to our foundation. Every donation, small or large, is highly appreciated by us!