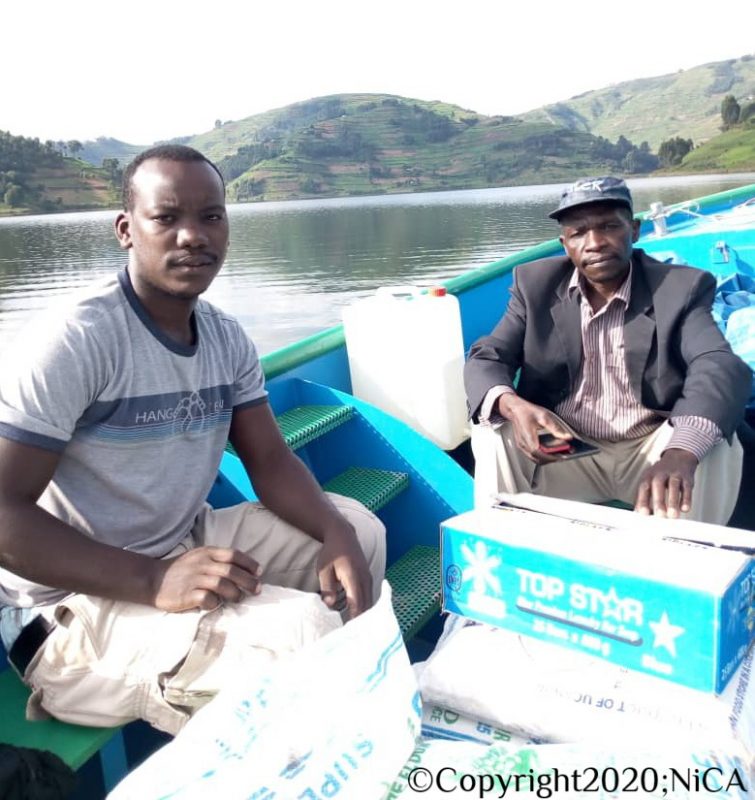 Earlier this week we have under our foundation, which is officially registered as a CBO, and with permission of the local authorities, from donations we have received been able to provide some urgently needed aid at Lake Bunyonyi. As explained in this previous article, two groups at Lake Bunyonyi have ended up in a hopeless situation following the corona crisis: widows with children (many of them HIV infected and therefore very vulnerable) and Batwa groups (by many also called Pygmies) of which two are living at the lake. These are the groups we focus on while trying to provide help during the current corona crisis. 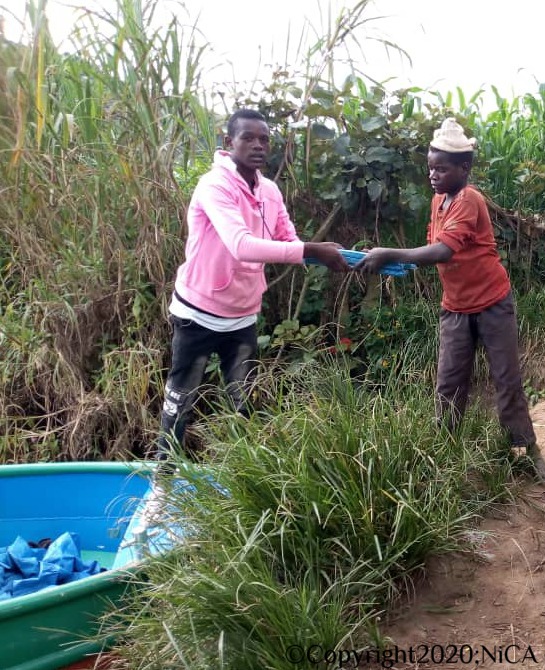 While following the guidelines of the local authorities and while in constant communication with a Security Officer, maize flour and soap have been provided among our target group. Maize flour is known to be staple food in Uganda. It can be prepared in several ways and is also very much used in daily meals that schools and institutions provide. We have used the best quality maize flour, which is known to be very nutritious. Soap is a necessary hygiene agent in the current corona crisis where a major advice is for everyone to wash his hands frequently, using soap to prevent the virus from spreading. Yet, many poor in Uganda cannot afford to buy it, especially not under the current conditions, while completely deprived of income.

Team Managers Aaron and Noah have, joined by our youngest team member Johnson, carried out the operation. To prevent crowding, the representative of a group of 36 widows that regularly come together for handcraft activities (for those handcrafts to be usually sold to tourists), has together with a few members been invited to NiCA’s location where they have received maize flour and soap for the whole group, for them to divide that among each other. On average, these women each have three children. Many of them, including children, are HIV infected and depending on medication.

To provide the two Batwa groups one of our boats was used. Also there, one member of the group was asked to come forward and act as the representative of the group, while the others were staying in the background. Sadly, it turned out that the Batwa groups had not been fully aware of what is all going on currently. Although they had heard of the pandemic, they had desperately been wondering for weeks why tourists were no longer visiting them. They had not understood that this was related to the pandemic.

As can be seen in the photos, Aaron and Noah have used the opportunity to also educate the people about the virus and how they can best protect themselves against it. As it turned out, the information about all that had insufficiently reached them. It can also be seen that the team brought a basin and a jerry can filled with a liquid soap, equipped with a tap, for the people to clean their hands ahead of receiving the maize flour and soap.

About 180-200 people, many of them children, benefit from the aid we have provided. It was clear from the reactions of the people how much it was appreciated. As the joint team of HWMCO-Nederland & NiCA Foundation we are most grateful that we have been able to provide this aid and we thank those who have been donating to make it possible.

We want to provide more aid in the next weeks, yet we need of course more donations to do so. Donating is easy, please use the PayPal donation button on this website or click here for other ways.

Of course every donation, no matter how small, will be highly appreciated!