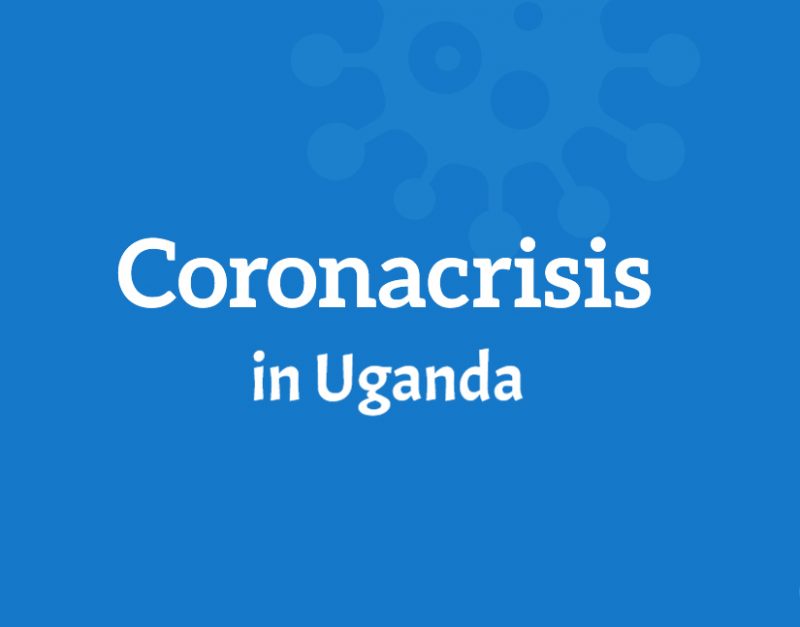 Despite the Ugandan government having tried hard to keep the Coronavirus away from the country, it has reached there last week and has now started spreading. Already weeks ago, every traveler from a country where cases of the virus had been registered was prohibited access to Uganda. Only after having been in self-quarantine near the national airport during two weeks and haven proven to be free of Covid-19 one was allowed enter the country. Sadly, despite that precaution, last week the first case of a Ugandan being infected was confirmed and more cases started following.

Although of course meant to protect the Ugandan population, an immediate side effect of the above mentioned precaution was that tourism immediately collapsed, which had a huge impact on those in the country who depend on tourism for their living. In the Lake Bunyonyi area, where we focus on with our help, even far the majority of the population (including our Nicky’s Care for Africa Foundation) depends on tourism for their income.

With the virus now having reached the country, the government has immediately closed all schools and forbidden any kind of gatherings; all public transport is forbidden and people are told to stay home. As Uganda lacks a social security system, and with far the majority of the people depending on small daily earnings for their living , the impact on the population is huge. From the measures also automatically follows that our motorboats are temporarily not needed to transport the pupils of Bwama Primary School and also there cannot be swimming lessons from our Swimming Instruction Center.

Realizing the seriousness of the situation for the local population, we have with our joint team sat together to look for ways to offer help. As much as it is unfortunately impossible for us to help everyone in the area, we have concluded that two groups at Lake Bunyonyi have ended up in an extremely hopeless situation and are in urgent need of help. The first group are widows and abandoned women with children, the second are the Batwa, by many also called Pygmies.

Widows and abandoned women with children.

Uganda has a big group of widows and abandoned women who have children that need to be cared for. We are very aware what the current Corona crisis means to the women belonging to this group that live in the Lake Bunyonyi area.

Under normal circumstances, they can for their survival earn a small income from selling a part the few crops that they can harvest from their own land to hotels in their direct area. Unfortunately, with the previous rainy season having been long and very heavy, harvests had already not been very successfull, meaning that they were for some income more depending on their other activity, which is selling handicrafts to tourists. Yet, hotels had to close already several weeks ago, due the precaution mearures taken by the goverment. The next rainy season is now about to start which means that they will planting new seeds, from which new grown crops can only be harvested again later this year. With no income and no food these widows are left in despair, no longer able to provide their children the care that they need. They cannot even afford to buy the necessary soap to wash their hands. Many of them, and also their children are HIV infected and therefore very vulnerable and depending on medication. There is no safety net from the government.

Two groups of this tribe, that belongs to the oldest surviving tribes of Africa, live at Lake Bunyonyi. They are widely accepted as the first inhabitants of the region. Many call them Pygmies because of their short body length. Being a tribe of hunter-gatherers, they used to live in caves and trees for more than 4,000 year, sharing the forest with the Mountain Gorillas; until their lives suddenly completely changed in 1991, following conservation projects that aimed at preventing the Mountain Gorillas from becoming extinct. In that year, Bwindi Impenetrable Forest was reclassified as a national park and renamed Bwindi Impenetrable National Park, and also Mgahinga Gorilla National Park was created. It was mainly because of the increased risk of infection to the Mountain Gorillas, that share 98 percent of human DNA, that the Batwa were evicted from the forests. Ever since, groups belonging to this tribe live on the edges of  Ugandan society, two of them at Lake Bunyonyi. For their survival they depend on tourism. Please learn more about their very sad circumstances in these two previously posted articles on this website:

Living on the Edges of Ugandan Society: the Batwa.

The fact that currently no tourists come to Lake Bunyonyi means for these people that they have no income at all. Since they don’t own any land they cannot even cultivate crops to eat or sell; they are completely deprived of both food and money to buy it. Amongst them are many children.

How we want to help.

From donations we hope to receive, we want to offer help to the above mentioned very vulnerable groups. We will provide them packages that contain dry and long-lasting foods, such as beans, maize flour and groundnuts; we will also include soap to enable them to wash their hands frequently as advised. Depending on donations, we can repeat this.

With all transport in the Lake Bunyonyi area going over water and with people told to stay at home as much as possible, we will use our motorboats to deliver the packages. We will make sure to carry out any operation with permission of and in cooperation with the local authorities.

Of course our initiative has to be financed and that’s why we need your help to make it possible!

Making a donation is easy.
Please use the Pay Pal donation button in the upper right corner
or visit this page for more options.

Every donation, no matter how small, will of course be highly appreciated! 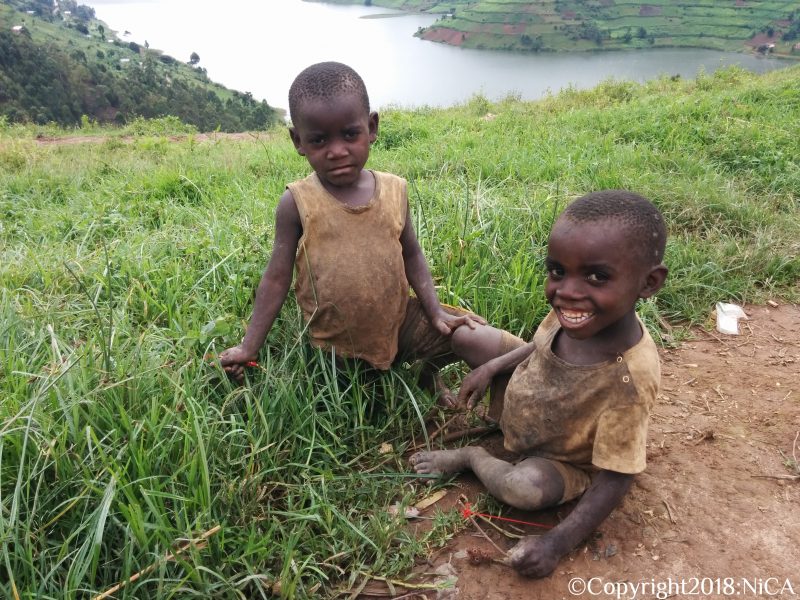 Update per 10 August: since the lockdown in Uganda has been gradually released over the months June and July, and with the most recent harvesting season having been better than the previous, we are noticing that the need for emergency relief for the first group mentioned above (widows and abandoned women with children) has considerably decreased. We are seeing that some in the community, who have now started earning (part of) their daily food again, are willing to share that with the poorest among them.
Yet, the second mentioned group (the Batwa people), because they live at the edges of society, not being part of any community, and on top of that being completely landless (therefore not having any possibility to grow crops), does not benefit at all from the fact that some of the measures have been released. Their circumstances will only improve again when tourism starts flourishing again. We have therefore decided that we will from now on only provide emergency relief to the Batwa groups.