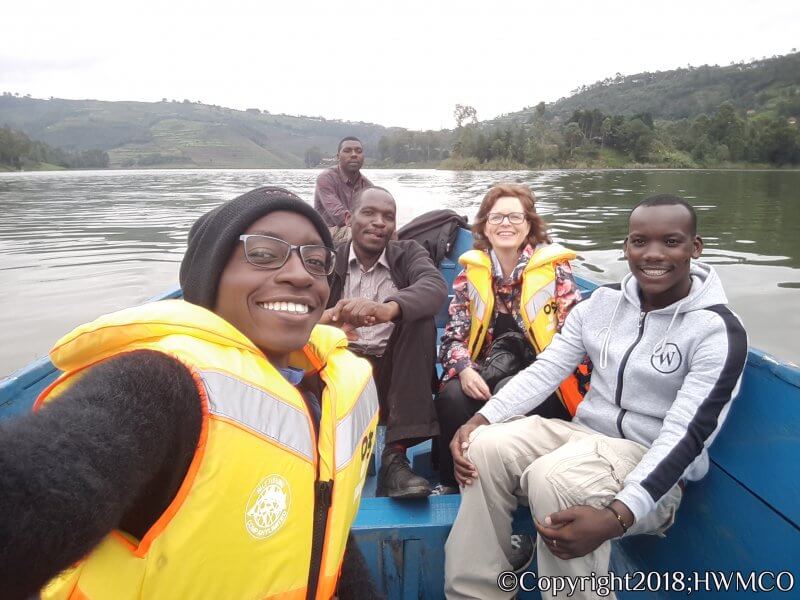 During my recent Ugandan trip, I have with great joy also visited Bwama Primary School, the school we are currently supporting under NiCA. During the period spent in the amazingly beautiful area of Lake Bunyonyi, either one or both of our local project managers, Aaron Twinomujuni and Noah Mubangizi, were continuously available to accompany me and Happy (Founder of HWMCO-Uganda), who was travelling with me.

At Bwama Primary School we were warmly welcomed! On our first day there, we met the whole team, which included this time also Grace; she is the only female teacher at the school and I had not been able to meet here last year. I first updated the team about the positive fundraising results; later, the pupils were all gathered outside and with Noah making photos and Aaron translating my words, I also updated them, which resulted in them happily applauding. While keeping our program a surprise, I promised them to be back some days later for us to celebrate our success all together; with us currently successfully raising funds for the first motorized timber boat for the school, we have last year been able to donate them a much needed canoe to solve an acute transport problem.

Some days later, we returned to the school to organize a festive afternoon for them; after being welcomed by the head teacher in his office, we surprised the children with the donation of two balls, for them to immediately start playing with them. With boys and girls divided, the boys played soccer and the girls netball. Those who were not playing were enthusiastically encouraging the others. It was a wonderful atmosphere with everyone visibly happy and excited. When we had left our hotel that morning it was seriously raining and the sky did not look very promising, but miraculously, on reaching the lake, it stopped raining and the sun appeared to stay long enough for us all to see the event we had been planning succeed! 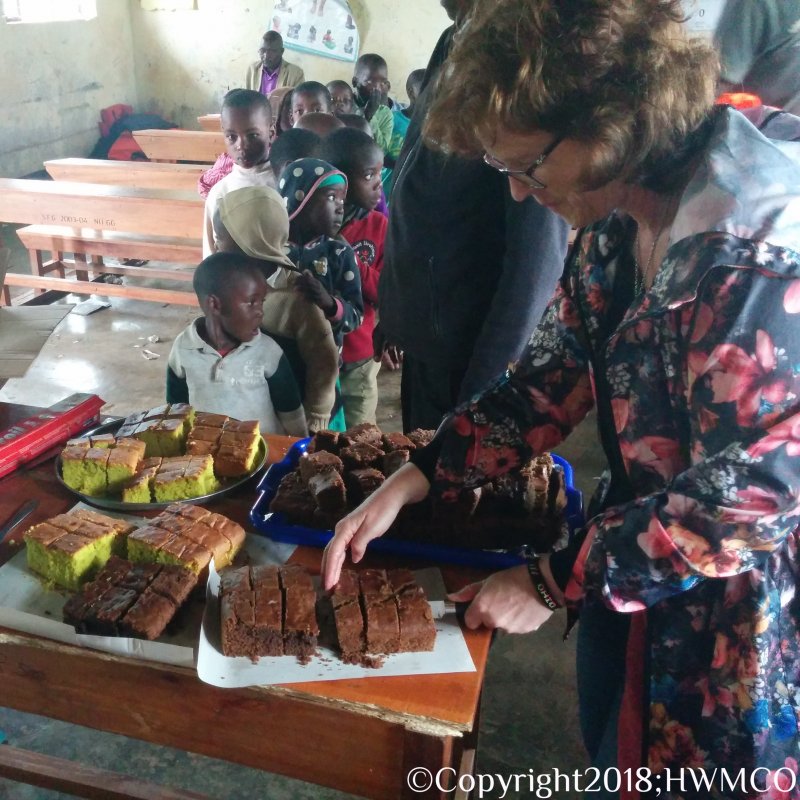 When it did start raining again, several hours later, that was the sign to go all inside and hand out cakes we had brought. With far the majority of the pupils most of the days lacking breakfast and lunch, they were so happy and grateful for that treat!

To express their gratitude, Grace had on behalf of the whole team been preparing some delicious food for us which we then enjoyed together, while the pupils were outside enjoying our treat during a break. Then, our visit to the school was about to end with the children all gathering once more for a thanking speech in local language by the head teacher, which he had even been so kind to translate for me on paper in English!

With clouds packing together again and the team having decided that they shall send the children home, before new rain would cause them problems while crossing the lake, we decided to help by offering to transport children with our rented motorized boat. Our offer was welcomed gratefully, and resulted in us transporting two groups of happy children safely to the sides of the lake where their homes where.

Bwama Primary School is located in such a breathtakingly beautiful area! Whenever you want to visit the school you have to cross Lake Bunyonyi to get to Bwama Island, where it was built already in the year 1934, with the island at that time being a quarantine for those in the region who were affected by the infectious disease leprosy. Lake Bunyonyi belongs to one of few pristine places that are left in the world. It is such a beautiful and peaceful place to be, surrounded by nature in every corner.

Lake Bunyonyi literally means, “place of many little birds” and indeed, always when we were on the lake, there would be little birds everywhere! Also the  beautiful Crested Crane, of course a much bigger bird, could often be seen. Noah, who is also an experienced tour guide, knows pretty much everything about the area and its nature. One day he invited us on a bird watching trip, during which he showed us the habitats of many birds! On other days he would take us to a local market or show us the most beautiful sights over the area.

Please watch the photo slider below to see it all…

Sadly, despite Lake Bunyonyi and its environment being so amazingly beautiful and an absolute must to visit for those who adore experiencing the peaceful atmosphere of pristine nature, there is a very dark side to the lake, which was one of the reasons for us to establish NiCA Project for us exactly in this area; a reason I found painfully confirmed again while I was in the writing of this article.

I learned that 5 people had drowned in the lake when the dugout canoe they were using capsized in the middle of the lake due to large water waves caused by strong winds. Amongst the victims were two young children (http://www.ntv.co.ug/news/national/five-drown-in-Lake-Bunyonyi/4522324-4632642-95tpffz/index.html).

Sadly, such accidents happen regularly, with dugout canoes being the most used means of transport for people who live in the villages surrounding Lake Bunyonyi. Statistics about the overall traffic on the lake with dugout canoes show that every month, one or two people drown in the lake. It is hard to find someone who has not lost a dear one to the lake. 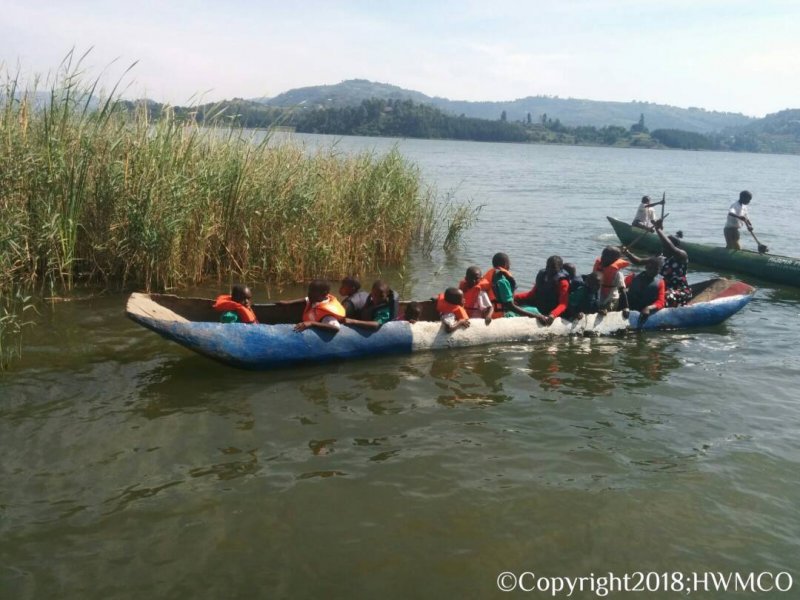 With the focus on the large number of pupils of Bwama Primary School, we from HWMCO-Nederland are, through NiCA Project, committed to provide help, currently raising funds for a first motorboat to replace the dugout canoes.

Please stay tuned for positive news about the fundraising results!

Coming up are also articles about the providing of second-hand glasses from the Netherlands to Bwama Health Centre and a visit to a group belonging to one of the oldest surviving tribes in Africa: the Batwa.