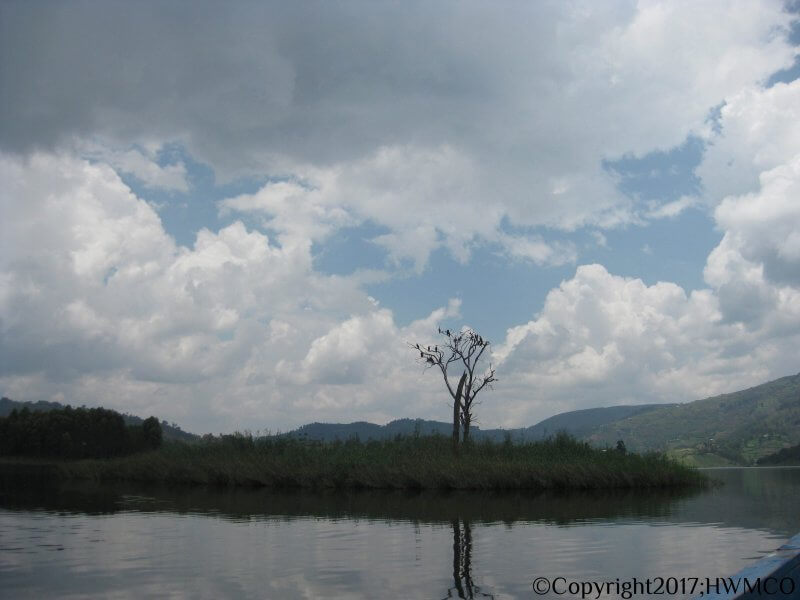 This is Punishment Island, or Akampene in local language. A tiny island in Lake Bunyonyi with horrible history attached to it. Until the 1940’s unmarried girls who got pregnant were taken to the island and left to die. Only some very lucky ones escaped their doom.

The reason for their banning was that they were not only bringing shame to their families, but also robbing them of wealth. In this part of Uganda, amongst others, a young woman could only get pregnant after marriage. Whenever a virgin daughter got married, the family of the bride received a bride price, mostly paid with livestock. A girl became worthless, though, when she got pregnant before she was married.

With most of the people, especially girls, not knowing how to swim, a young woman that was dumped on the island, had mainly two options: jump into the water and drown, or wait to die from cold and hunger.

Few girls have been as lucky as to survive Punishment Island, thanks to young men who were too poor to pay a bride price. Making sure that they remained unseen, they would paddle to the island during night hours and save a girl from it. It was a way for those men to get married without having to pay a bride price.

The practice was only abandoned in the 1940s, also due to the influence of missionaries; one of them being Dr. Sharp, who also made Bwama Island a quarantine for lepra patients, as explained in this article. Dr. Sharp is known to also have rescued girls from Punishment Island, for them to be safe.

The video below tells the heartbreaking story of Mauda Kyitaragabirwe. She is the last survivor of Punishment Island still alive. She was so lucky as to be rescued from the island by a fisherman who married her and with whom she had six children. She never had the baby she was pregnant with when she was left to die. That pregnancy had ended in a miscarriage.