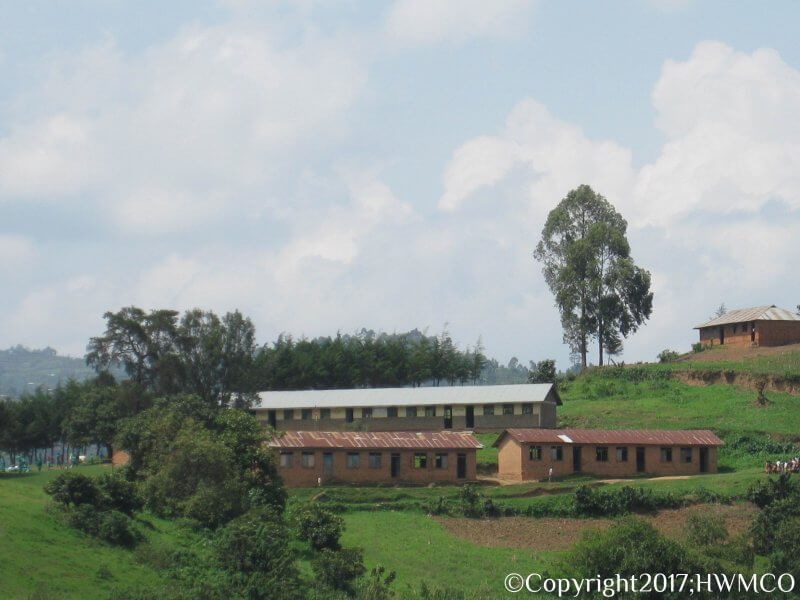 Bwama Primary School is a government school that currently counts about 185 pupils. The school is located on an island, named ‘Bwama Island’ which is the biggest of 29 islands in Lake Bunyonyi, in the most southwestern part of Uganda. Bwama Island is the only island in the lake that has a school on it, which came about for a special reason as explained below.

Every day, the school’s pupils come paddling to school in dugout canoes. Some come from other islands, but the majority of the pupils (and also most of the school’s teachers) come from the mainland. For all these

children, Bwama Primary School is far the best option. Any other school located on the mainland means, on top of paddling for those who live on one of the other islands, having to walk two hours or longer every day, often even uphill; that is a huge challenge, especially for the youngest. Crossing the lake in a dugout canoe, despite the risks that come with it, certainly beats a two hours’ hike uphill.

The daily transport of its pupils over the lake causes the school many urgent problems for which solutions need to be found.

There is significant history connected to both Bwama Island and Bwama Primary School. In the first decennia of the 20th century, there was a leprosy outbreak in the area. It was in 1931, that Dr. Leonard Sharp, a British doctor and missionary, made Bwama Island, which had until then been uninhabited, a quarantine for those in the region who were affected by the disease. The idea was to keep the patients isolated while a cure was sought. A church, patient quarters and a medical facility were built. At its height, Bwama Island had 600 leper patients on it.

Dr. Sharp enabled those who were cured and free from the disease to leave the island. But the people who had been on the island had children, and for these children Bwama Primary School was built in 1934. The school remained, also after the disease was tamed, and was taken over by the government in 1969.

Today, the former patient quarters and medical facility are used by a boarding secondary school which attracts students from the entire region. Also Bwama Primary School, where we will focus on with NiCA , is still there, playing a very important role in the area. 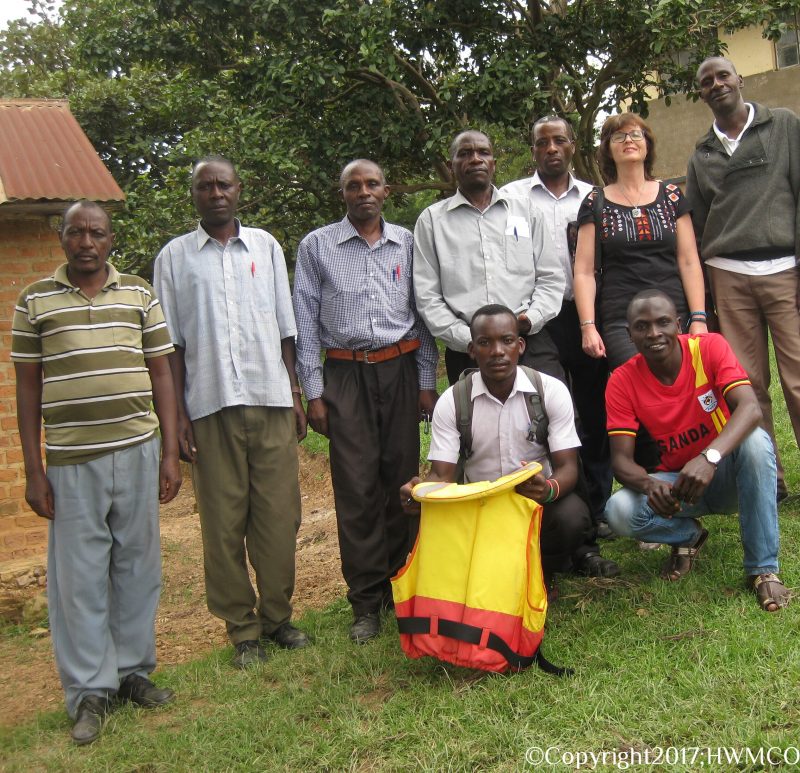 Challenges for the school and its pupils

During my first visit to the school in September of this year, after having been warmly welcomed by my contact person, Aaron Twinomujuni, who is the Transport Manager for the school, I sat down with him and current Director, Mr Johnson Byambara, among others, to be provided more information about the urgent problem.

According to what I was told, first of all, the transport capacity is lacking; with only few students having the opportunity to go to school every day using their own dugout canoe, the school had some years ago decided to organize a canoe service, whereby the pupils are every morning picked up from 5 gathering points, where they are also transported back to at the end of the day. Yet, the number of dugout canoes is simply not enough to transport all the pupils to school within an acceptable time. The transport has to take place in shifts and all together it takes at least two hours every morning to transport all pupils to school and another two hours in the afternoon to transport them back. Therefore, the school has a huge problem with time management. Every day the number of hours during which the pupils can be taught is falling short.

The problem is even worse on days when the weather is bad. Bad weather causes the lake to become pretty rough which means that parents will, for understandable reasons, choose not to send their children to school in the morning; when bad weather is foreseen later on the day, the staff may have to send the pupils home ahead of time for them to be able to cross the lake before it gets rough. 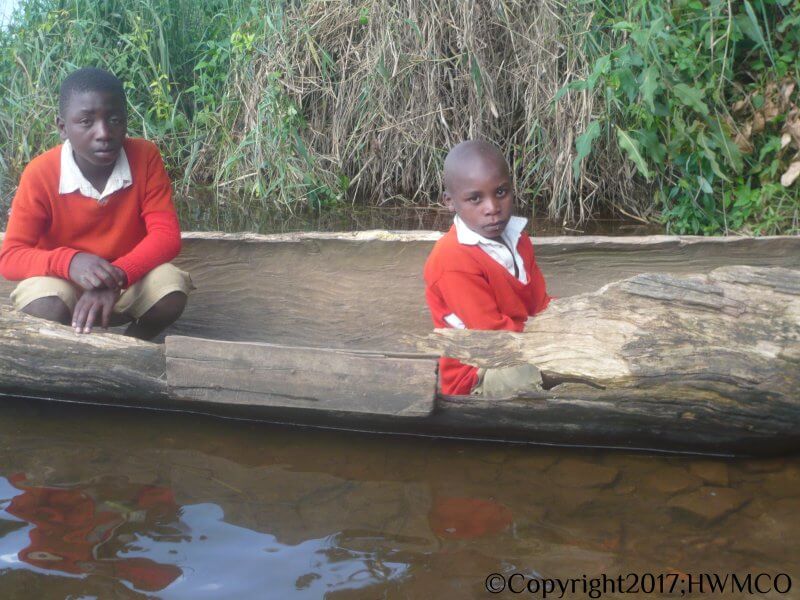 The school owns 7 canoes, all of them donated to them in the past; yet, on my arrival it had sadly turned out that 2 of them had now become so old and damaged that they were beyond repair. It means that they were now left with only 5 canoes from different sizes to transport the 185 pupils to and from school every day. The school has no money to replace the damaged canoes and the local government has declared that also they lack the financial resources to offer support. Yet, a solution is urgently needed.

Of course, the staff from the school is also worried about the safety of the pupils while paddling the lake in dugout canoes every day. Many of the children cannot swim. Statistics about the overall traffic on the lake with dugout canoes show that every month, at least three people drown in the lake. It is hard to find someone who has not lost a dear one to the lake. Sometimes, a whole family drowns.

For every pupil to have a life jacket would definitely also contribute a lot to their safety in an emergency situation. Several life jackets have been donated in the past, yet, more are still needed. For the future, organizing swimming lessons to improve the self-reliance of the pupils will be worth considering.

Last but not least, we have discussed in what way one or more motorboats, from the kind that the local tourist organizations use for boat tours over the lake, could be helpful in the daily transport of the pupils. Not only can such a motor boat carry more children at the same time than any canoe, but also it is much more stable in the water, which means that the children are more safe in it, especially on days when the weather causes dangerous situations.

Motor boats have additional advantages. It would mean that the school can increase on the number of pupils. In the current situation, many children from further away cannot visit school because of the far distance that has to be paddled. On top of that, a motor boat can be used for tourist purposes whenever not needed for transporting pupils. It means that funds can be generated to finance fuel and maintenance partly from.

As the explanation above shows, the transport problem of the pupils has many aspects and asks for a combination of solutions. HWMCO-Nederland is, through NiCA Foundation, and in good cooperation with the school, committed to find and finance solutions.

To read about most recent goals we are raising funds for, please click here.